Fish oil: The "guardian angel" of the heart!

The beneficial properties of fish oils have been known since ancient times.

The reactions of many children in the past, when their parents forced them to take even a small amount of cod liver oil every day, are similar.

It was the thick and smelly liquid that was used to supplement the necessary vitamins and other nutrients that were missing from the children's diet.

Cardiologist Ms. Golfo Savvopoulou guides us through the secrets between the heart and fatty acids.

However, fish oils continue to play an important role in our lives, not just to supplement our nutrient deficiencies

but also as a preventive measure and as an ally in the good health of the heart and the body in general.

"When we talk about 'fish oils', we are essentially referring to Omega-3 fatty acids, which are contained in the fat of large fish, while Omega-3 fats can also be found in some molluscs. These fats are essential for the body", points out the cardiologist, Mrs. Golfo Savvopoulou. According to studies, the human body is unable to produce these substances on its own, therefore it is necessary to take them through food and - where this is not possible - through preparations containing them. Fish oil is produced from the flesh of oily fish such as salmon, herring, mackerel, sardines and trout. It is particularly rich in the Omega-3 fatty acids EPA (eicosapentaenoic acid) and DHA (docosahexaenoic acid). These fatty acids are converted in the body to series 3 prostaglandins, which have powerful anti-inflammatory properties. Fish liver (cod) oils are produced from the liver of white fish such as cod and halibut and contain large amounts of vitamins A and D.

Sources of omega-3 fatty acids are also considered some vegetables, as well as some seeds. However, the α-linolenic acid (ALA) contained in these foods (green leafy vegetables, flaxseed oil, soybean oil, etc.), cannot be converted into EPA, because specific enzymes are absent. So, even if our diet is rich in the above foods, it is possible that we are deficient in series 3 prostaglandins.

EPA from fish oils is therefore very important, because only with it can the prostaglandins of series 3 be easily produced.

► The benefits for the heart

Mrs. Savvopoulou explains that “fish oils are used as an additional measure to ensure good heart health and protect against cardiovascular disease. Fish oils have been shown to have significant heart health benefits, helping to maintain blood lipid balance, increase good HDL cholesterol, lower homocysteine levels, lower blood pressure and reduce clotting and of blood viscosity, as well as in the reduction of arrhythmias".

In more detail, "the best documented action of Ω-3 concerns the protection of the heart and blood vessels. The action of Ω-3 in protecting against coronary heart disease (heart attack, angina) is multifaceted. Omega-3 fatty acids lower triglycerides and blood pressure, help stabilize atherosclerosis, prevent blood clots, and reduce heart arrhythmias. A large number of scientific studies have fully proven that the higher the consumption of Omega-3 fatty acids EPA and DHA, the lower the risk of coronary heart disease. In addition, we must point out that fish oils actually help prevent new cardiovascular events. In other words, if someone has already suffered a heart attack, taking omega-3 fatty acid supplements reduces the risk of a new episode," explains Mrs. Savvopoulou.

It is scientifically accepted and documented that fish oils are absolutely safe, as they are, in fact, essential nutrients for the human body. "Supplements containing Omega-3 fats are aimed at young and old.

They are substances that are contained, or rather, must definitely be contained in our diet, which is why there are no age restrictions on taking or supplementing them through preparations. However, what people should not forget is that they should, in any case, follow a balanced diet and in fact the Mediterranean diet model, which is rich in all those necessary ingredients and elements that contribute to the good health of the body ", emphasizes Mrs. Savvopoulou.

"In any case, however, the patient should consult his doctor before taking a preparation. When it comes to patients with cardiovascular problems, the doctor will determine the dosage, in combination with possible and with some existing medication that the patient is receiving", adds the specialist.

► How do they help the cardiovascular system? 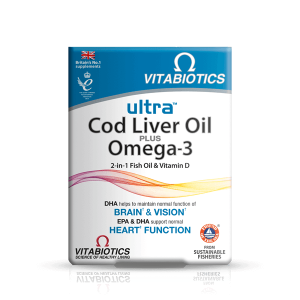 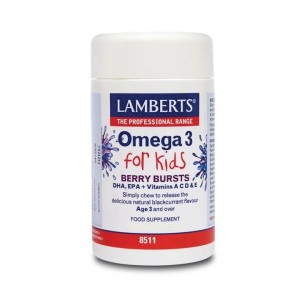